The Cleveland Police Foundation is honored to recognize Patrol Officers Deonte Gibson and Raul Rodriguez as the June 2022 Police Officers of the Month. 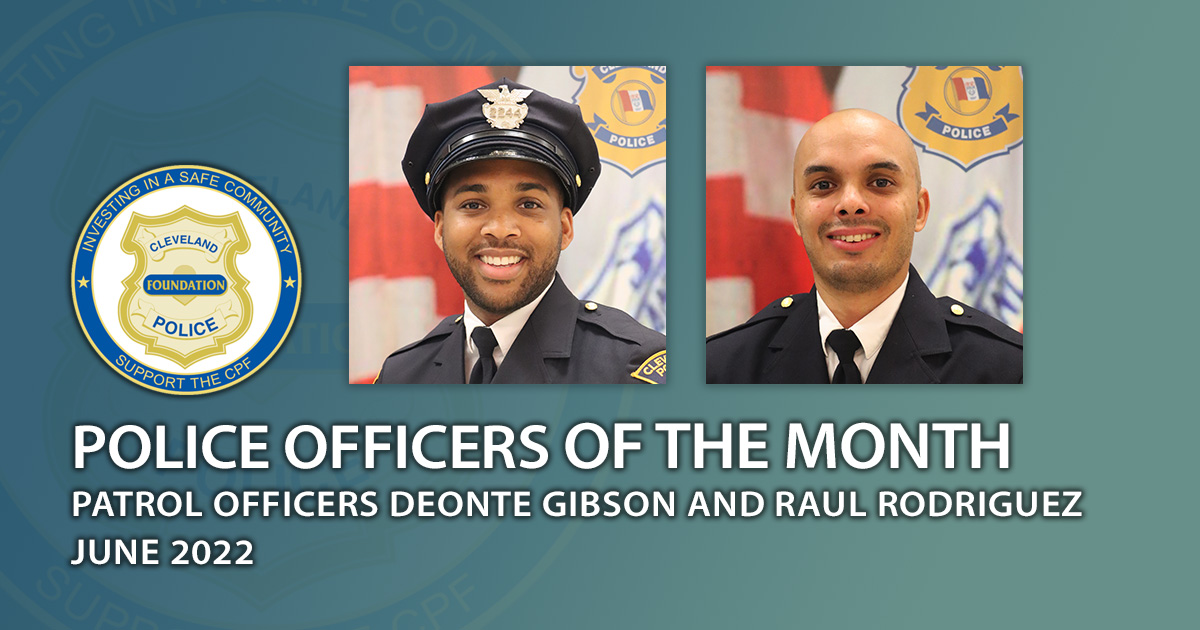 Patrol Officers Deonte Gibson and Raul Rodriguez work as partners in CPD’s First District answering radio calls but somehow often find time to engage in a positive way with the community they serve.

In his recommendation to honor these two officers Lieutenant Timothy Stacho stated, “I recommend Officers Rodriguez and Gibson for the Cleveland Police Foundation’s Officer of the Month award because, during the course of my tenure here at the First District and since they partnered together on car 1B14, they have exemplified what the Division expects of its officers with specific regards to community engagement. It is not uncommon for them, between handling calls for service, to engage with the community during sporting events (i.e. basketball games) at City parks and recreation centers. I believe their efforts deserve recognition.”

An example of this engagement happened late last year at Gunning Recreation Center and was witnessed by Johnathan Pratt, a therapeutic behavior specialist who was there with a client. “These two officers entered the Recreation center, approached my client and began playing basketball with him and explained the rules of the game,” Mr. Pratt said. “I was very impressed with these fine officers and believe they should be rewarded for their actions”.

It is because of their dedication to their profession and willingness to engage with the community that the Cleveland Police Foundation is honored to name Patrol Officers Deonte Gibson and Raul Rodriguez our Police Officers of the Month for June 2022.