The Cleveland Police Foundation is honored to recognize Sergeant Joe O’Neill and Patrol Officer Scott Sieger as the June 2021 Police Officers of the Month. 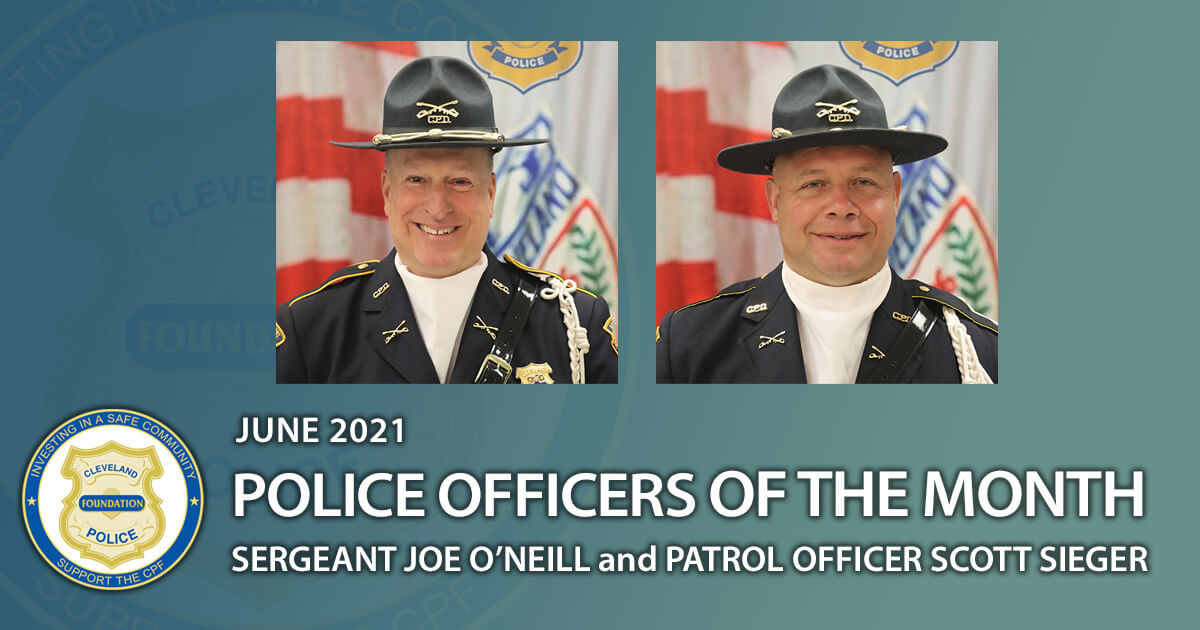 Sergeant Joe O’Neill and Patrol Officer Scott Sieger of the Cleveland Division of Police Mounted Unit recently showed a caring and compassionate side of themselves!

The officers were notified by radio dispatch about a missing pony named French Fry. The day before, French Fry was giving rides to children in Kerruish Park on Cleveland’s east side. Then a loud four-wheeler zoomed through the park, spooking French Fry who ran into a wooded area and could not be found!

Sergeant O’Neill and PO Sieger, along with their horses Chex and Jim, went to the park and searched for two hours. These dedicated officers located French Fry, apparently in good health and reunited the pony with its grateful owner!

When asked about this incident, Sergeant O’ Neill stated, “We feel fortunate we were able to locate French Fry–and in good health because during our search we did come across a coyote in the area which could have attacked the small horse and the results could have been different.”

It is because of their dedication to their profession and the community they serve that the Cleveland Police Foundation is proud to name Sergeant Joseph O’Neill and Patrol Officer Scott Sieger of the Cleveland Police Mounted Unit as its Police Officers of the Month for June 2021.

This story reflects the actions of the majority of our police. “We rarely get to witness the caring and compassionate side of our officers only because they don’t get the positive media coverage all the time.”