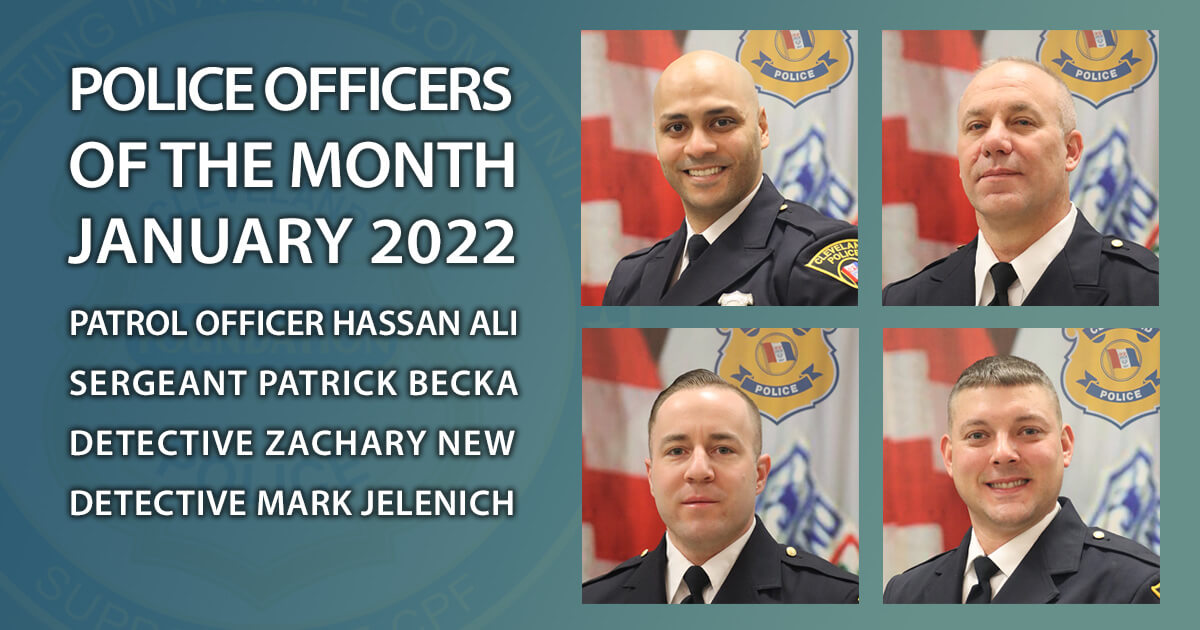 Last summer (2021), members of the Cleveland Division of Police Second District demonstrated how a positive attitude in a team effort can really make a difference when applied to police work.

A woman reported to the Second District Police Headquarters that a friend had beat her up and stolen her vehicle with her six-week-old son inside. An investigation was initiated by Patrol Officer Hassan Ali, Sergeant Patrick Becka, and Detectives Zachary New and Mark Jelenich.

Working as a team, they were able to identify the offender using a list of past addresses and establish a positive make and model of the stolen vehicle along with the license plate number. The investigation eventually led the officers to Youngstown, Ohio where they met with the Youngstown FBI Field Office Agents. Through a joint effort, the officers and agents were able to locate both the child (thankfully unharmed) and the vehicle. However, the offender had fled the scene.

When contacted about this incident, Second District Lieutenant Tim Maffo-Judd stated, “This is a prime example of excellent police work by four outstanding CPD Officers working as a team to ensure a positive outcome to a serious situation. They are all very much worthy of this award.”

It is because of their dedication and devotion to their profession that the Cleveland Police Foundation is proud to name Patrol Officer Hassan Ali, Sergeant Patrick Becka, Detective Zachary New, and Detective Mark Jelenich as its Police Officers of the Month for January 2022.