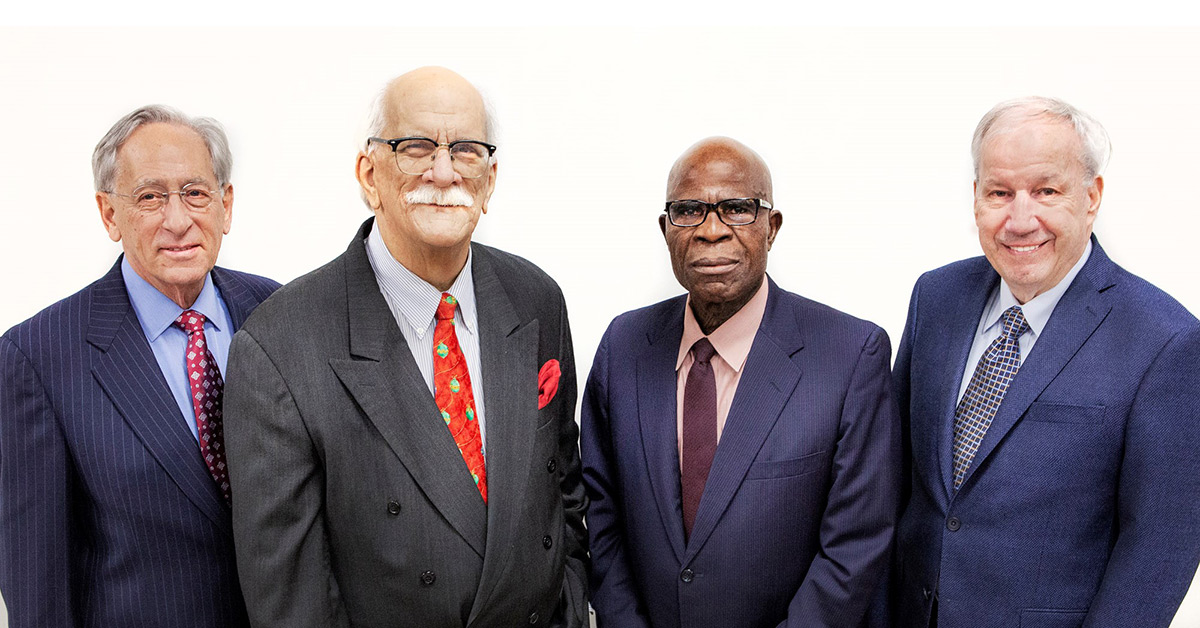 The Cleveland Police Foundation (CPF) announces its new officers and an expanded board of trustees, according to Rick DeChant, CPF Executive Director.

“While we are happy to announce our new officers and board, we know that our organization would not be in the excellent place it is today without the work of our outgoing Chair and President Grant Dinner, said DeChant. “Without his leadership and dedication to the Cleveland Police Foundation, we would not have the financial strength and posture in the community to be able to fulfill our mission—bringing our community and police closer.”

Other outgoing officers include Jim Craciun who was vice president and Woods King, III, Esq. who was treasurer. According to DeChant, Dinner, King and Craciun will remain on the board.

Dick Clough, CEO, CloughCleveland LLC, IdeaEngineering, is well known for his work with the Green Ribbon Coalition, the Tour of Good Cheer and other significant community initiatives. Clough plans to pursue an ambitious agenda bringing citizens and law enforcement together to resolve issues and encourage police openness to reform through cultural transformation.

“The Foundation has its work cut out for it,” Clough observes. “Our great city’s vitality and well-being, renaissance of urban living, and economic growth largely rests upon the success in building bridges between police and citizens and maintaining public safety.”  Clough concludes, “The stakes couldn’t be higher.”

John Anoliefo is well known to the City of Cleveland as the president of the Famicos Foundation. Ed Stevens is Chairman Emeritus with Roop & Co. and has been a public relations professional in Cleveland for decades. Richard Henry runs RHG Solutions, a company strong in company turnarounds and mergers/acquisitions.

Besides the individuals already mentioned, the 2022 members of the board include:

The Cleveland Police Foundation has established itself as the bridge between police officers and the community by producing measurable results from participation in the Cultural Transformation, Shot Spotter, Summer Pipeline and Heroes Fund programs. The Foundation continues to focus on six areas:
For more information go to www.clevelandpolicefoundation.org. You may also call 216-536-6776.

About the Cleveland Police Foundation
The Cleveland Police Foundation is an alliance of business and civic leaders, law enforcement organizations and individuals committed to the ideal that an educated, well-trained and modernly equipped law enforcement agency leads to a safer community. Our mission is to strengthen the bonds between the Cleveland Division of Police and the citizens it serves, working together to make our city safer. To accomplish this goal, the CPF works proactively to support and invest in programs, community policing initiatives and events that foster stronger relationships between citizens and police officers and police charities. The Cleveland Police Foundation was incorporated July 7, 2005 and is a recognized 501(c)(3) organization. All contributions are tax deductible. For more information, visit www.clevelandpolicefoundation.org or email info@clevelandpolicefoundation.org.