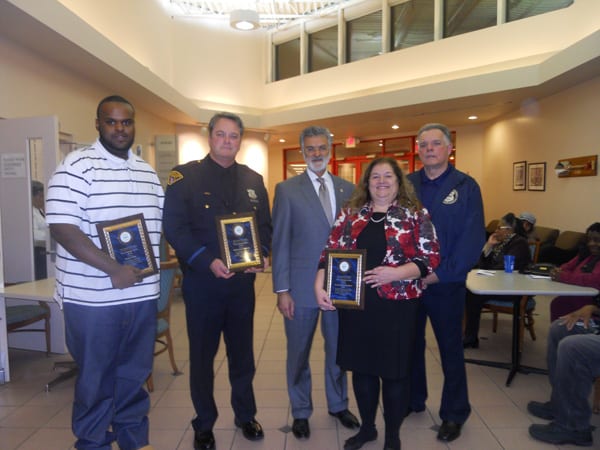 A special celebration was held on Thursday, November 20 at the Fatima Family Center, 6600 Lexington Avenue as the Third District Police Community Relations Committee held its annual awards reception. The room was full as Boy Scout Troop #931 marched in to present the colors and led the audience in the Pledge of Allegiance.

In attendance were Mayor Frank Jackson, Safety Director Mike McGrath, Chief Calvin Williams, and other city officials, and dignitaries. Mr. Harry Boomer of WOIO Channel 19 and WUAB Channel 43 officiated the event and assisted in handing out awards to both police officers, and citizens.

Following the awards presentation a delicious dinner was served.

Congratulations to all the recipients for their commitment to making our community safer for all.