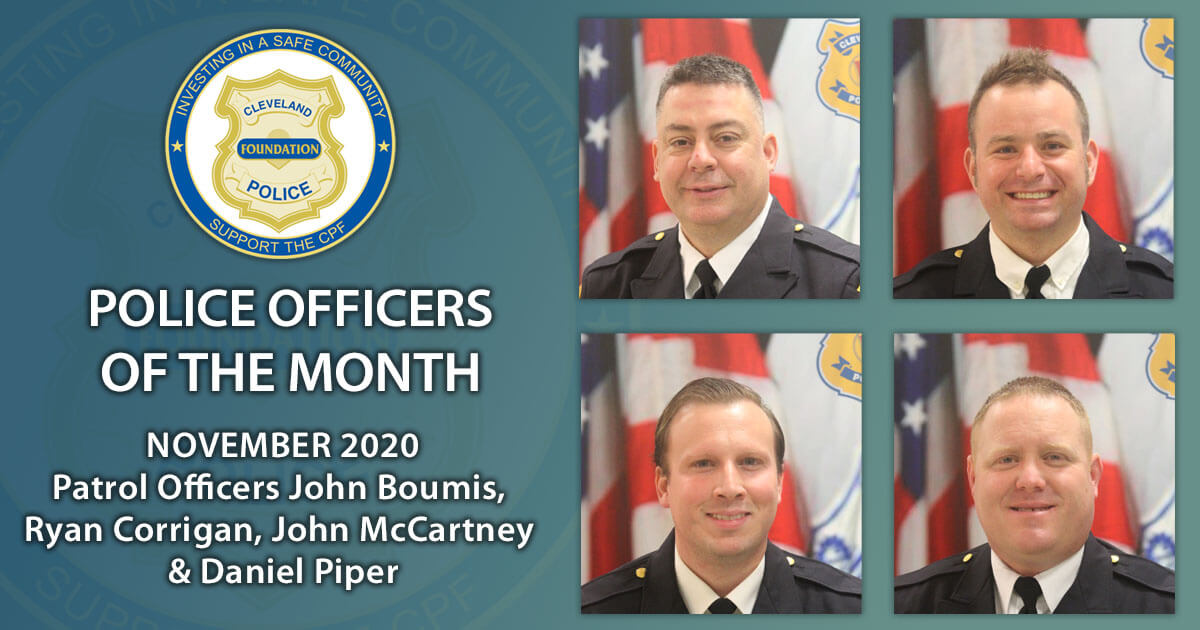 Even though the COVID-19 pandemic has put the police officer-to-citizen one-on-one contact to the test, four officers from the Cleveland Division of Police Fourth District proved the Community Policing concept is alive and well!

These four outstanding police officers went beyond the call of duty.  Recently while on patrol, Officers John Boumis and Daniel Piper were flagged down by an East 68th Street resident.  This citizen was visibly upset because her home was struck by a car several days beforehand and she couldn’t afford to have all the debris in front of her house and the surrounding area cleaned up.  So these two officers recruited Officers Ryan Corrigan and John McCartney and they all returned to the woman’s home a few days later.  Working together, they disposed of all debris and cleaned up the area for this very thankful Clevelander!

When asked about this unselfish act of kindness, Cleveland Police Fourth District Sergeant Ray O’ Connor stated, “During a time when everyone wants to focus on the negative, I feel we should shine a spotlight on this over-and-above act of Community Policing.”

It is because of this act of kindness and dedication that the Cleveland Police Foundation is proud to name Patrol Officers John Boumis, Ryan Corrigan, John McCartney, and Daniel Piper as its Police Officers of the Month for November 2020.