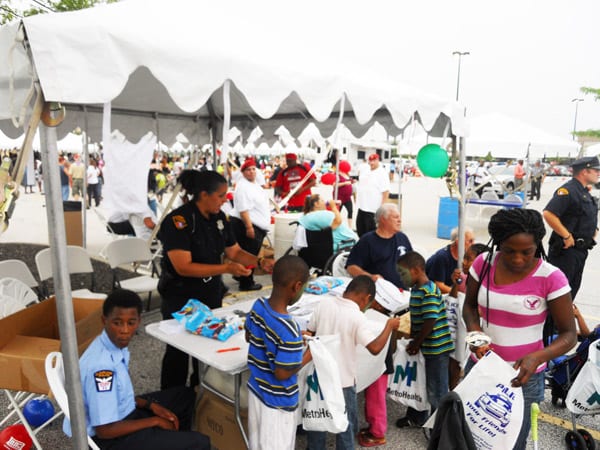 Children visit the tent manned by Community
Policing Officers and receive handouts and safety tips
from them.

Steelyard Commons has hosted National Night Out Against Crime (NNO) for each of the eight years on the first Tuesday in August, and this year welcomed over 5,000 adults and children during just four short hours. 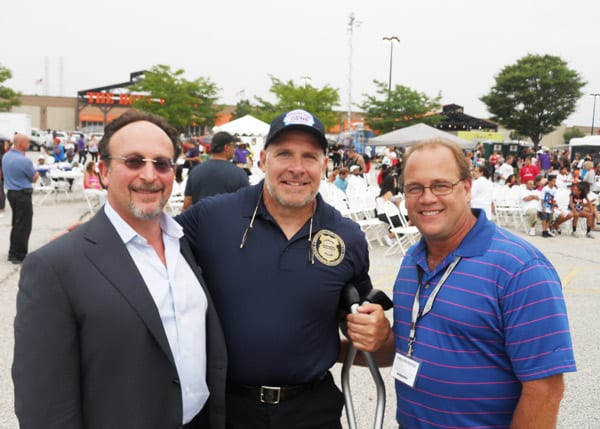 Captain Keith Sulzer in the middle, is flanked (right)
by First Interstate Property’s Mitchell Schneider,
and (left) by Scott Ochocki of U-Haul Inc.

In 2012, the National Association of Town Watch recognized NNO at Steelyard Commons for its Outstanding Participation in “America’s Night Out Against Crime.” The award is currently on display at Cleveland City Hall, in the Community Relations Department. 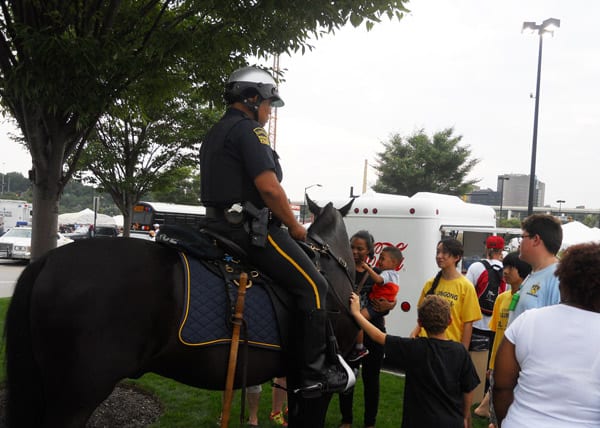 Officers from the Cleveland Police Mounted Unit
were on hand to visit with the children.

Thanks to all that participated, especially the divisions of police, fire, & EMS and other city departments, as well as other federal, state, county and local law enforcement agencies and civic organizations.

A very big thank you goes to First Interstate Properties, for being such a gracious host and making the event one which does our region proud!