The Cleveland Police Foundation is honored to recognize Detective Todd Clemens with Wife Robin & Daughter Morgan as our special June 2020 Police Officer of the Month. 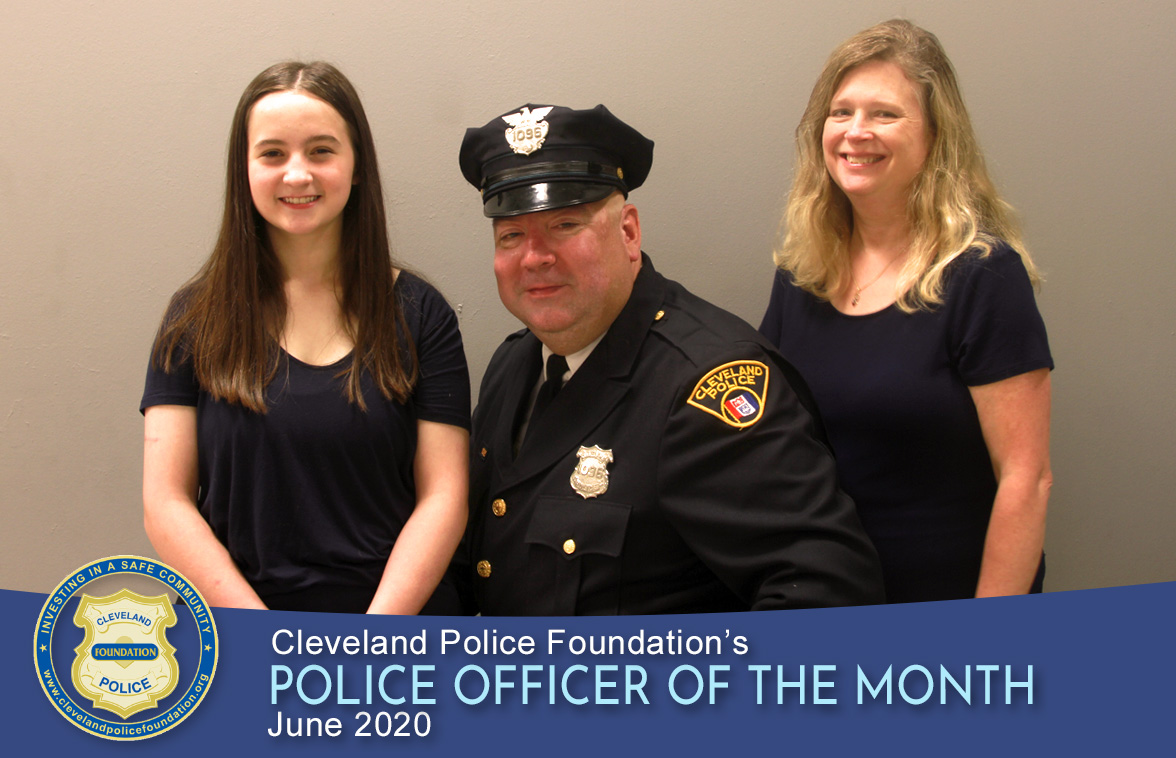 A different twist to the honor, Detective Todd Clemens of the Crime Scene and Records Unit is joined by his daughter Morgan and his wife Robin as awardees!!

Todd has worked in the Crimes Scene and Records Unit for about 10 years.  He has processed many horrific crime scenes, and the trauma began to affect him and his family.  To heal, Todd was able to take a break from his unit and began exercising at the Police Headquarters gym to relieve stress.  Often his family would join him in his workouts.  It was at this time that 14-year old Morgan noticed a large number of homeless people in the downtown area.

Morgan approached her father about wanting to do something to help the homeless and Todd suggested a hot, home cooked meal.  The first dinner Morgan and the family made was ham, mashed potatoes, corn, bread, a dessert and beverage.  The family packed up 10 meals and Todd and Robin drove Morgan to some of the homeless camps so she personally could deliver them.  The following week Morgan increased her meals to 20.  Thanks to generous donations from friends, family, and the Cleveland Police Foundation, Morgan, Todd, and Robin have been delivering meals for nearly 7 weeks.  Morgan wanted to do more, so she added deliveries to the sick, elderly, and shut-ins.  The family has raised enough money to continue to prepare and deliver delicious meals for the next several weeks, and of course Morgan insists on continuing to deliver meals on a weekly basis. Thank you to Todd, Robin, and Morgan for helping us witness love and compassion during a very difficult time!!

It is because of this giving and charity shown to the community that the Cleveland Police Foundation is proud to name Detective Todd Clemens, with his wife Robin and daughter Morgan, as its Police Officer of the Month for June 2020.

For more information on Morgan’s meals for those in need you can go to “Morgan’s Meals” on Facebook or contact Detective Todd Clemens.