The Cleveland Police Foundation proudly announces that the recipient of our Community Partner of the Month Award for July 2022 is the Tunnel to Towers Foundation. 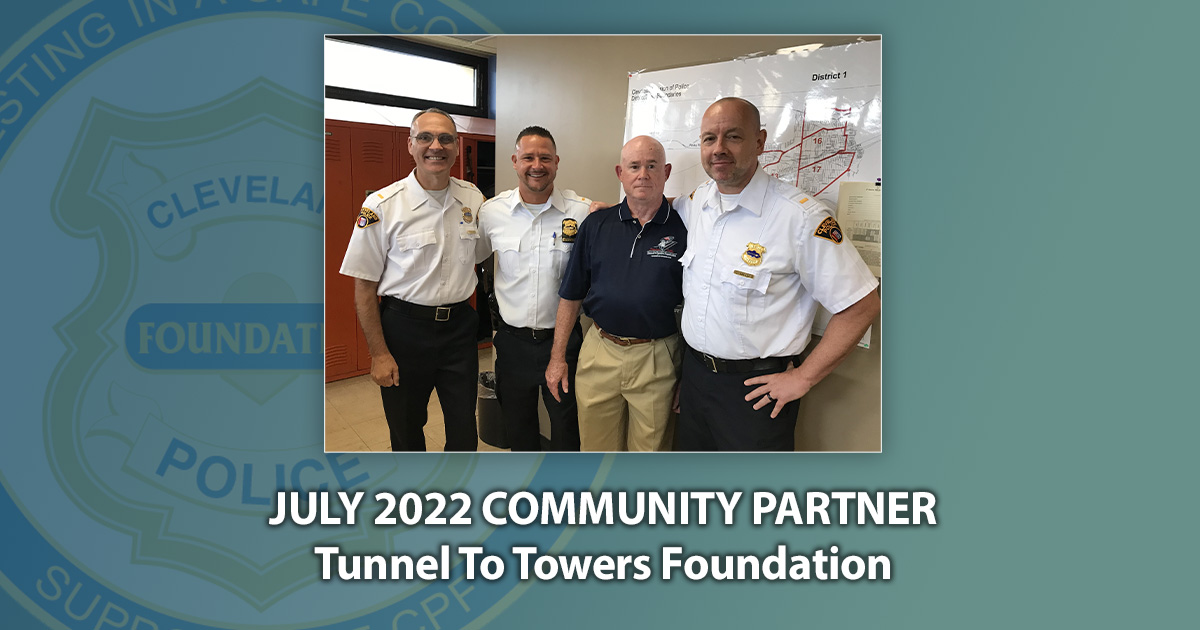 This month’s Community Partner of the Month is the Tunnel To Towers Foundation. 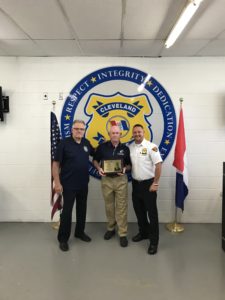 This outstanding organization’s mission is to honor the sacrifice of New York City Firefighter Stephen Siller who laid down his life to save others on September 11, 2001. Their goal continues to be to honor military and first responders who continue to make the supreme sacrifice of life and limb for our country. They have paid off mortgages for 22 fallen first responder families across 16 states including two of our own CPD Heroes in Blue.

I invited one of the Ohio Tunnel To Towers representatives, Mark Phillips, to meet me and other CPD officers at the First District to present the Community Partner of the Month Award and thank them for their effort not only for our officers but nationwide. We also learned from Mark that all donations are tax deductible and 95 % out of every dollar goes directly to the program it serves.

It is because of their dedication and devotion to our first responders and military that the Cleveland Police Foundation is indeed honored to name the Tunnel To Towers Foundation our Community Partner of the Month for July 2022.

Nominated by Bob Guttu of the Cleveland Police Foundation