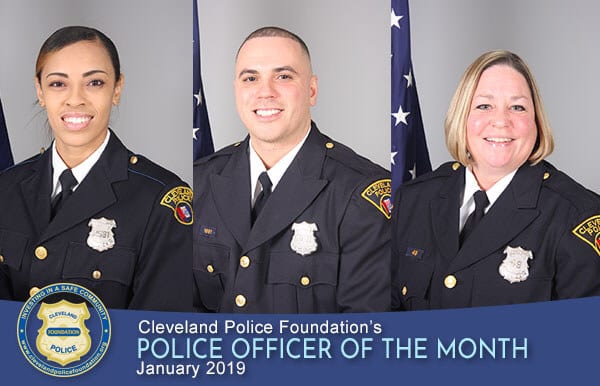 Although the Community Engagement Officer program has only been in existence for a short time, these three officers have done an incredible job weaving themselves into the fabric of the First District community.  They do an excellent job working with their councilmen and community development organizations, have developed an excellent relationship with the refugee and immigrant communities, and have made a considerable effort to get into the schools in order to develop a better relationship with our children.  The officers often pitch in their own dollars to help build these relationships and recently organized a Christmas party with food, gifts, Santa and Mrs. Claus for nearly 100 children from Laura’s Home.

“The First District Community Engagement Officers (CEOs) embody the importance of police and community relations – by building mutual trust between police officers and citizens, we can improve safety in our neighborhoods. On a daily basis, Officers DeJesus, Novak, and Turner work collaboratively with citizens, businesses, schools, and numerous community groups to solve problems. The officers are a visible presence throughout the First District, often spending their own time and money to make a difference. The CEOs will continue to protect and SERVE in 2019!”

“Kerry, Juan and Lyniece are three of the most engaged Police Officers I have ever worked with. Their engagement and commitment with our seniors, youth, and all residents should be the standard for all of Community Policing. We are very lucky to have them in the First District.”

It is because of their dedication to the First District community and the Community Policing concept that the Cleveland Police Foundation is proud to name Officers Kerry Novak-Adams, Lyniece Turner, and Juan DeJesus as Police Officers of the Month for January 2019.