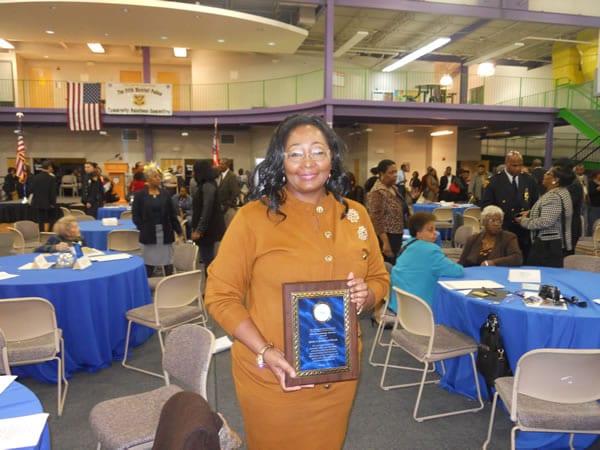 On October 15, 2014 the Fifth District Police Community Relations Award Ceremony was held at the Cleveland Job Corp Campus at 13421 Coit Road. A large crowd was on hand including Mayor Frank Jackson, Councilmen Mike Polensek, Jeffrey Johnson, and other city officials, to honor both police officers and citizens for their outstanding work within the Fifth District.

The Cleveland Police Foundation handed out their Fifth District Community Service Awards to Officer Xavier Lynch, Evangelist Sylvia Henderson Reeves, and Dave’s Markets, for their dedication to the community, and for going far above the call of duty.

Congratulations to all the officers and citizens who received awards this night, and thank you for your devotion to your community.

A special thanks goes to Dave’s Market’s Lakeshore Boulevard Manager Mike Romano, who was unable to attend the ceremony, for his commitment to the Fifth District Cleveland Division of Police and commitment to the community. 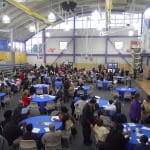 A large crowd was on hand at the Cleveland Job Corp Campus to honor both officers, and citizens, at the Fifth District Police Community Relations Award Ceremony. 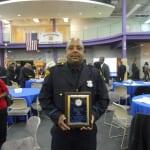 Patrolman Xavier Lynch, a 20 year veteran of the Cleveland Division of Police, displays his Cleveland Police Foundation’s Community Service Award, for his outstanding service to both the citizens, and children of the 5th District. Officer Lynch also received The Commander’s Commendation Award on this night. 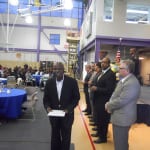 The Cleveland Police Foundation’s own John Anoliefo, received The Commander’s Acknowledgement Award for being an avid supporter of the 5th District Police, and Community Relations Committee for many years. John is also Executive Director of the Famico’s Foundation, which sponsors ice-cream socials, bike-a-thons, and movie nights.