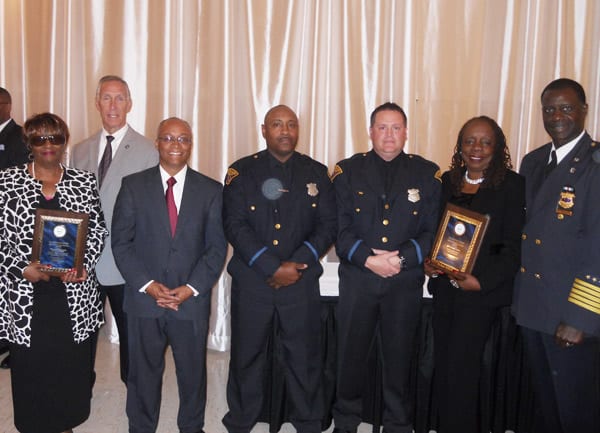 Early in 2014 the CPF established three awards to be bestowed annually to a citizen, a police officer and a community group, organization or business for going above and beyond the call of duty in giving back to the community.

First up was the 4th District.

Also attending were the Cleveland Police Foundation’s President Thomas Stone, and Community Partnership Coordinator Bob Guttu, to present the CPF’s inaugural Community Service Awards. The recipients were nominated by 4th District Commander Deon McCaulley, who praised and thanked all the awards recipients for their community service. The CPF awards were a small part of the overall ceremony in which numerous police officers and citizens were recognized for excellence.

The citizen selected to be recognized by the CPF was Debra Lewis-Curlee, a long- time Mt. Pleasant resident who has served as both a director in the Mt. Pleasant Community Zone, and Ward 2 Democratic President for six years. 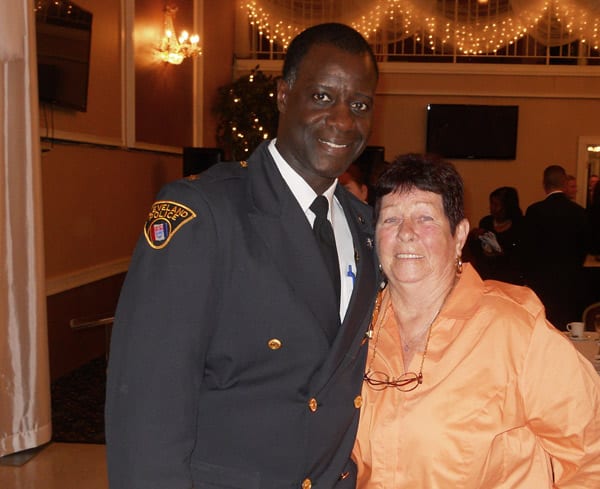 Cleveland Police Chief Calvin Williams thanks Betty Rodes for her support and for attending the award presentations.

The Cleveland Police Foundation wishes to thank Fourth District Commander Deon McCaulley for his assistance with nominating the recipients, and for inviting us to participate in the ceremony.

Congratulations to all the award winners and sincere thanks for your excellent community service!