A near capacity crowd was on hand to honor both officers and citizens that went beyond the call duty. Among the numerous dignitaries in attendance to honor the recipients were Mayor Frank Jackson, Safety Director Mike McGrath, Chief Calvin Williams and CPF Community Outreach Coordinator Bob Guttu.​ ​

Congratulation to all the recipients, and a big thank you to all the neighborhood folks that attended to honor them. Also many thanks to the 4th District Police-Community Relations Committee which hosted a marvelous event and provided refreshment. 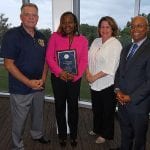 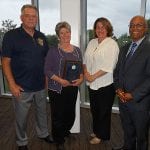