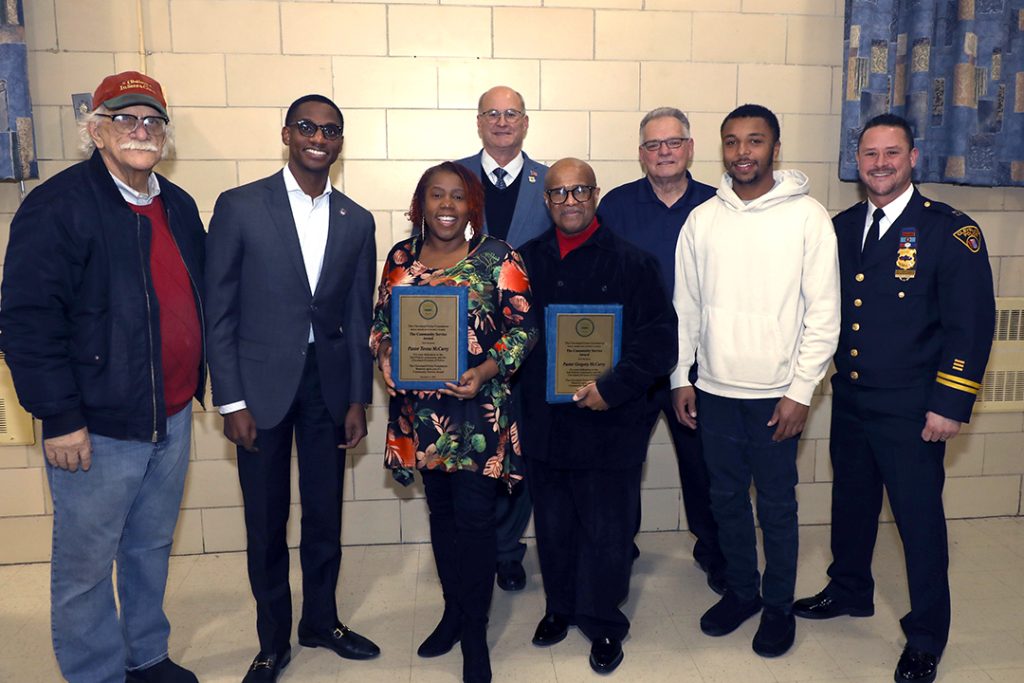 The fifth and final Community Relations Awards Ceremony honoring 2nd District police and community members was held at Mt. Carmel Church last week. Those honored were awarded either a Special Commendation Award, a Commander’s Commendation, a Citizens Award Plaque or a Community Service Award presented by the Cleveland Police Foundation.

Upon completion of the awards a delicious meal was served. Congratulations to all the recipients and thank you to all the family and citizens that attended to honor these individuals.